You can see Castle Crags from I5: they’re the fairy-tale spires that sprout from the forest just south of Dunsmuir, the detour there’s never time to make. Here at last, I listen to the semis rattle the state park campground all night and set out for the capital-W Wilderness in the morning. The fog of my breath goes gold in the sun.

The difficulty is, there’s a man stopped in the middle of the trail in front of me. Tall and broad-shouldered, he wears combat boots and fatigues with a white tank top, though it’s cold enough that I’m still in gloves. He’s standing and watching something on his phone with the volume all the way up, laughing loudly at it every so often.

The laugh is not right, nor are the angles of his body, the shape he makes between where I am and where I want to go. I wait downslope hoping he’ll move on—like a bear—and when he doesn’t I approach as loudly as I can, dragging my feet in the dry needles and rustling my jacket. It’s no good: when he finally registers my third “good morning” his head snaps up and he spins around in surprise. This movement is not right, either, ends in a half-crouch on his back foot with his arms spread wide. Even having anticipated this, I flinch.

Once I’ve smiled politely past this man—who says nothing, who stares— I want distance. This isn’t rational or compassionate and because I’m alone I don’t care. I book it for the tree line, where I know the look of blue day against granite will feel safe.

An hour later, though, the same impulse that drove me out of the woods has drawn me up the slabs much farther and more steeply than I can easily reverse. That wasn’t intuition back there, I realize now. I’m half-sliding and half-falling to the bottom of a rock chimney that I knew going up would be trouble going down. I have nothing so useful as good sense. What I have is just misplaced affection, a homing instinct for the sky.

I’ve left blood on the granite and sit for a while with my grated palm in my mouth, peering down the long drop to the highway where toy trucks are crawling up the pass. To the south I have a clear view of the trail switchbacking through manzanita. I can pick out two ascending parties, the man in fatigues returning down—

—and the Earth’s face upward for my inspection.

Not even fear is ours alone. I imagine an ancestor standing watch, over an empty moor, maybe, over a desert tribe. It came from somewhere, sometime, the conflation of vantage and safety. At some point it might even have made sense.

Two things I’ve largely left out of my bike-life for a while now are cyclocross and other human beings. Saturday I decided to revisit both at once.

It didn’t go that well. While it’s true that I raced my Taiwanese-knockoff CX bike for two years, it’s also true that I spent the subsequent two years rehabbing my hip like a grandma. I recall the connection only now, of course, that I’m again writhing around on the floor with the foam roller.

As for the reason I  stopped riding with other people once I got slow, well:

So as you can see, I’m a real joy to gain elevation with. Saturday’s victim endured a hissy fit at the top of Mt. Tam: first I tried to get him to leave and do his own ride; when this didn’t work I insisted on going home. Because I also hate out-and-backs and was additionally annoyed by the prospect of pavement (…), this meant crossing the road to descend Eldridge Grade. A mountain biker waiting at the top raised an eyebrow. “It’s a bit … boulder-y,” he offered, cautiously. “WHATEVER,” I said. “WE’RE GOING.”

This was where I recalled what I do like about my cross bike. The following guide applies to all two-wheeled purchases:

The Motobecane hurts me, but at least I can’t hurt it.

Unclear if I can say the same thing of my ride buddy. “Now I’m having fun!” I announced to him, halfway down Eldridge. I’d stopped to shake out my wrists from a few miles of death-grip braking. If he was rolling his eyes at me by then I couldn’t see it, because I was at last in my happy place—out in front.

Failure to pursue a degree in a real subject is apparently not the only mistake I might have avoided were I better read. Here is Robert Hass on Mary Hunter Austin in What Light Can Do:

In her autobiography she remarks on her reason for taking the science curriculum: ‘English I can study myself; for science I have to have laboratories and a teacher.’ She had already acquired a passion for the outdoors, though her mother had cautioned her to ‘not talk appreciatively about landscapes and flowers and the habits of little animals and birds to boys; they didn’t like it.’

Unsolicited instruction is an inherent hazard of mountain biking, especially if you’re not very good at it and especially if you’re a girl. If I was the sort of learner who in fact improved every time a total stranger suggested, “just get your weight back/keep pedaling/lift your front wheel/get off your brakes/keep your eyes up/don’t think about it,” then … I don’t know; maybe I’d be like these chicks.

But yesterday in Auburn we were slogging up that first long pavement climb out of the gorge when we passed an older man in white kit. He began with the usual “look at you kids go!” and “oh, to be young and spry again”; he was loud and friendly and we all had a good laugh, and as we rode away he yelled after us:

“You guys have the best day of your life!”

—and I realize this is inane, but honestly, hours later I came around some corner, out from under an awning of cool madrone on a hillside buried in yellow swells of fallen leaves, out from under that quiet and into a stretch of sky lost to the white light of the long afternoon, every rock in relief, and my legs hurt and the bike squeaked and I saw only the backs of the boys’ bright helmets floating away in the rising dust and it occurred to me that actually—actually!—that’s a pretty good idea.

Historically I’ve limited my rambling on the ponderous subject of Women and Cycling to complaints about butterfly jerseys. But I’m stuck on BART, and Peter Sagan’s troubles have put me in mind of another punchy photograph:

Now, my friend and personal hero Joanna (on the top step) appears in podium photos on my newsfeed with the same regularity as cat memes and Instagrammed lattes. But I remember this one specifically, even years after the race. Observe: The podium girls are decoration. The girls on the podium are destroyers. The contrast between the floppy hats and floppy limbs of the former and the strength and the smiles of the latter is delicious.

Thing is, I can admire the spandex without being at all troubled by the sundresses. Like a model or, for that matter, a painter, a podium girl has found a way to monetize people’s interest in looking at pretty things. Her choice to do so does not bother me, but for some reason the Union of Concerned Sports Bloggers thinks it should:

Is the winner taking home a cycling title or an armful of women? It sends the wrong message, especially for young women actually looking to hop on a cycle instead of a cyclist. (The Turnstile)

Per usual, the real issue isn’t objectification, it’s equity—in this case easily addressed by encouraging the fledgling practice of the podium boy. My train’s moving again. I leave you with Barb Howe, doing her part.

Going to bed last night l accidentally ran Strava instead of Sleep Cycle. This indicates some combination of chronic fatigue and wishful thinking, also that both icons are orange.

Cathy: your picture on your new blog looks all emo
Cathy: its the hair, and it reminds me of a bunny picture I just saw
me: I have no idea what to say to that 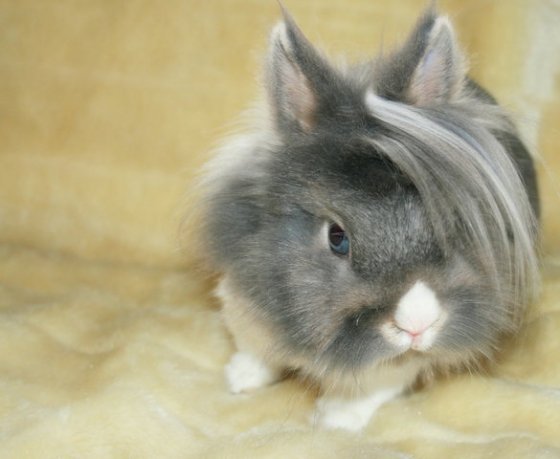 Cathy: How old are you now
Cathy: emo bunny appears to be 29
me: not possible for a rabbit, surely
Cathy: nope they live on avg 8-12
it must really be a vampire emo bunny then
or emo vampire bunny
but that seems redundant